What’s the difference between Warm Lighting and Cool Lighting

What’s the difference between Warm Lighting and Cool Lighting

There’s a joke that’s going around the internet – And God said, “Let there be light”, and somewhere, someone switched on an LED bulb. Of course, it’s all in humour but there’s no denying the underlying fact here – LED lighting has been universally adopted as the preferred choice of lighting by millions of users across the globe. 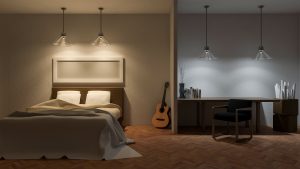 But despite that, there’s still quite a bit of confusion when it comes to purchasing an LED bulb. Like there are doubts around preferred wattage, lumen output, etc. More recently, people are puzzling over the difference between warm lighting and cool lighting. Do they serve different purposes? Where should they be used? Well, read on to get answers for all your questions.

So, what’s really the difference?
The difference lies in the term ‘Colour Temperature’ i.e. the colour of the light. Warm lighting emits a colour that is nearer to natural (reddish) lighting, while cool lighting looks artificial (somewhat bluish). To differentiate between the two, the Kelvin scale comes in handy. The Kelvin scale measures light colour in numerical values (succeeded by the letter K). So, the next time you go out to purchase an LED bulb, look out for numbers followed by a ‘K’ on the packaging. If the range of the number lies between 2700-3000K, then it is considered to be a warm lighting. If the value lies between the range 5500-6500K, then it’s a bulb with cool lighting. Anything in between is considered as a natural lighting bulb.

How exactly is Warm and Cool Lighting used?
The usage of LED bulbs based on colours is subjective. But then again, there is always an optimal way to use them. Warm lighting feels more natural in the evenings as it has a more relaxing feel to it. It complements the human circadian-rhythm in the evening, and helps the senses to wind down and prepare the body for sleep. 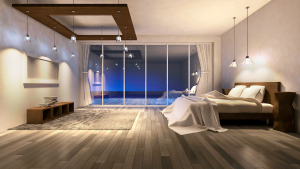 Cool lighting, like LED Ceiling Lights, on the other hand evokes alertness and energy. That’s why it’s perfect for indoor lighting during the day. Using cool lighting in the evening can interfere with body’s natural clock. 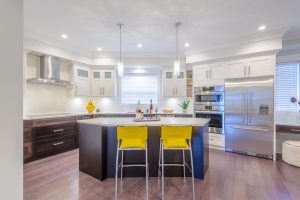 Which places to use them at?
Ideally, warm lighting should be used in living spaces such as bedrooms, hallways and the living rooms. Cool lighting on the other hand is perfect for kitchens, bathrooms, study rooms and also for retail spaces. Alternately, you can even mix and match warm and cool lighting in the same space to enhance certain portions. 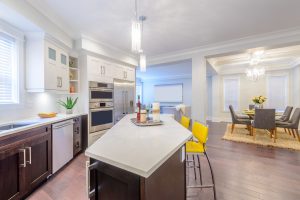 So, there you have it; a walk-through of the most commonly available colour temperatures in LED bulbs. It’ll surely help you make better decisions when you’re out to pick suitable LED bulbs for your home or office space. But don’t forget, be open to experimenting with your own personal preferences as well.